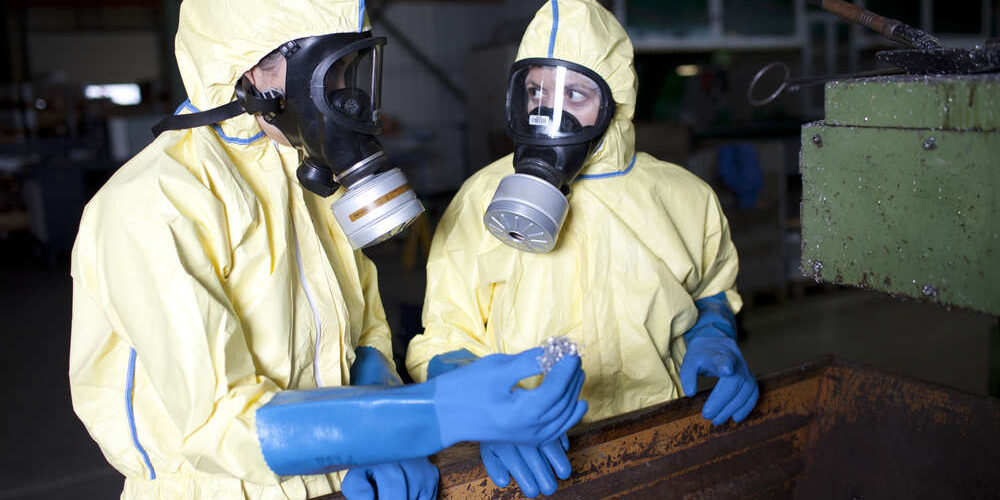 Oil spills are a common type of environmental disaster. The U.S. Environmental Protection Agency (EPA) reports an average of about 70 oil spill incidents each day, although most are relatively small compared to the occasional massive oil tanker disaster.

Nonetheless, the effect of spilled oil and other petroleum products and chemicals is harmful to human health and the environment, and cleaning up a spill hazard requires the expertise and equipment only a trained hazardous materials abatement company can provide.

Each incident of an oil spill is unique and requires an individual approach in assessing the situation and developing a plan for mitigating the problem. Most spills, however, are corrected through the use of four primary response procedures.

When the spill happens in a way which threatens coastlands, wetlands, potable water sources, or fishing industries, containing the oil with booms laid on the surface of the water and then collecting the oil with the use of specialized suction equipment is often the best clean-up method.

There are a wide variety of types of booms used in oil spill clean-up operations. All are made of buoyant materials which float on the water and prevent the oil from moving away from the spill location while it is removed by skimmers. Some booms extend several feet below the water surface, and other are specially constructed for use in tidal areas.

If the oil spill occurs away from sensitive waterway locations, it is often best to allow the oil to disperse and break down by natural processes. In this case, mitigation may involve only monitoring, and sampling of the area as wind, the sun, and wave action reduce the hazard without further human intervention.

Chemical dispersants can also be applied to the surface of spilled oil to reduce the hazard. Some of these chemicals work by causing the oil to clump together, preventing it from becoming mixed into the water below and making it easier to collect it. Dispersants do not work on all types of oil, and this oil spill clean-up method must be used in the earliest stages of a spill to be effective.

Special biological agents can also be used when cleaning up oil spills. These microorganisms digest and degrade the oil, turning it into harmless byproducts in the environment. Bioremediation of spilled oil can be hastened by feeding the bacteria nitrogen and phosphorous fertilizers.

Harbor Environmental Group is a leader in oil spill mitigation in Southern California.